Pictured above is a 1965 Ford – Lodi Police car. The officer in the photo is P.O. Joseph Mazzotta polishing his assigned vehicle. If you look in the upper right hand corner of the photo, you can see a window which was located in the bathroom of the old police station. If you look closer you can see a handle hanging in the window. This handle was pulled from the bathroom to sound a fire alarm. The officers had to stand on the toilet to reach out and pull this alarm. So imagine how stressful it would be for the desk officer to sound the alarm if the bathroom was occupied at the time! 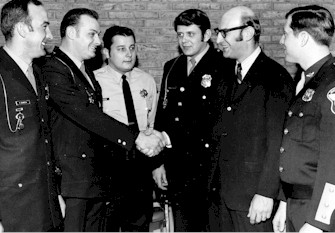 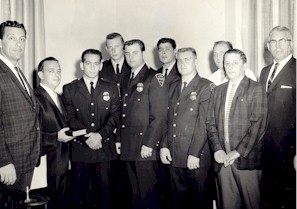 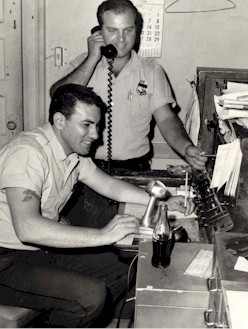 Pictured above is a 1967 photograph of the old police desk from the Main Street station. Seated working the police radio is PO Joseph Pedone. Standing to his left on the telephone is PO Paul Perreira Sr. Notice PO Perreira has his left hand on a cord connected to the desk phone which had to be plugged into a board to connect the call. 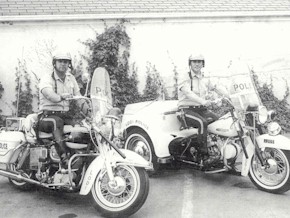 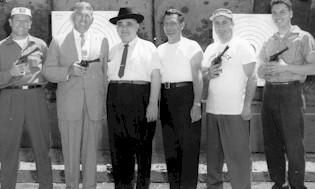 Pictured above is a 1959 photograph of the Lodi Police Department Pistol Team. Weekly, officers from departments across the County use to get together at different police ranges and compete against each other head to head in shooting competitions. In this picture from left to right are – R. Facella, P. Wagenti, P. Trocola, A. DeFranco, P. Patire and S.P. Wagenti